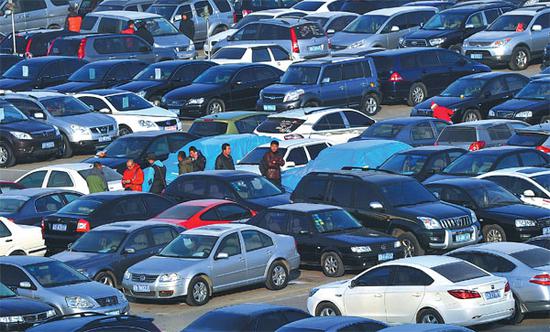 Customers choose vehicles at a used car market in Dalian, Liaoning province, where all used cars outside the province should pass a quality inspection.(Photo by Liu Debin/For China Daily)

Chinese internet auto insurance warmed up in the first quarter of 2018 after a 24-month of drop from 2016 to 2017 due to tightened regulation, data showed.

Income of internet auto insurance reached about 8.4 billion yuan ($1.31 billion) from January to March, up 13.17 percent year-on-year, according to a report released by the Insurance Association of China.

The China Insurance Regulatory Commission released policies to improve regulation of auto insurance market in July 2017, leading to shrinkage of the online business.

The Insurance Association of China said that was because car insurance products sold on the internet lost their advantage in low price. Besides, under the rule, all information should be open to the public, which to some extent limited its marketing.

Meanwhile, the non-auto internet insurance surged 67.33 percent year-on-year to surpass 6 billion yuan. The growth rate decreased 25.79 percentage points, showing the heat cooled down a bit during the period, according to the association.

Among all non-auto internet insurance, accidental health insurance, back freight insurance and credit guarantee insurance showed the most significant growth.