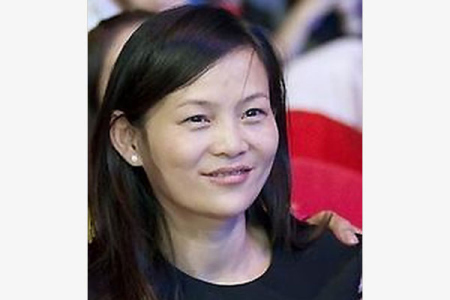 Ma Dongmin,co-founder of Baidu Inc, poses for a photo. [Photo/chinadaily.com.cn]

Average wealth for the top 50 female entrepreneurs from the Chinese mainland increased by 48 percent over the previous year to a record high of 23.1 billion yuan ($3.50 billion), and the benchmark to be listed increased by 25 percent to 10 billion yuan, according to a report by Hurun Research Institute.

Industries such as real estate and financial investments are the major sources of wealth for female entrepreneurs on the list, accounting for 24 percent and 20 percent respectively. However, the most successful self-made female entrepreneur comes from the manufacturing industry.

Shenzhen overtook Beijing to become the most preferred city of residence for the female entrepreneurs on this year's list, and Shanghai grabbed the third spot.

This has been the 12th consecutive year for the Hurun Research Institute to release such kind of report since 2006.

The richest women in China on the 2017 list are as follows: