A citizen buys pork at a market in Changchun, capital of northeast China's Jilin Province, May 10, 2016. (Photo: Xinhua/Zhang Nan)

The growth rate remained at its highest level since July 2014 for a third month, data from the National Bureau of Statistics (NBS) showed. 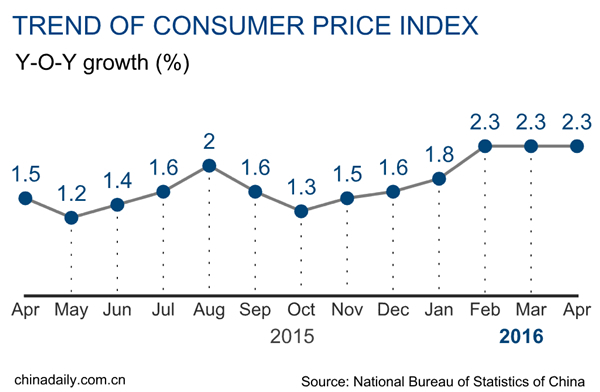 NBS statistician Yu Qiumei said although vegetable prices dropped 12.5 percent from March, they were still much higher than a year earlier. Meanwhile, pork prices surged due to short supply.

On a month-on-month basis, the CPI dropped 0.2 percent in April, narrowing from a drop of 0.4 percent in March, the NBS said.