A stone plate that once hung above a cave entrance with three handwritten characters by Emperor Qianlong. (Photo by Wang Kaihao/China Daily)

Two cultural relics that went missing from Old Summer Palace, former imperial resort during Qing Dynasty (1644-1911) in Beijing, were handed back from headquarters of the party central committee of Chinese Democratic League on Thursday.

One artifact is a stone plate that once hung above a cave entrance with three handwritten characters by Emperor Qianlong. The other is a rock carved with Emperor Jiaqing's calligraphy,which was part of a garden in the palace.

Old Summer Palace, or Yuanmingyuan,which used to cover an area of about 350 hectares, was a jewel of ancient Chinese gardens. However, the palace was burned and looted by invading Anglo-French joint forces during the Second Opium War.

After the resort became ruins and abandoned, many of its surviving relics were also scattered in society.

The headquarters of Chinese Democratic League central committee was once used as the location of a prince's mansion during Qing Dynasty. The two returned artifacts were part of a rockery in its garden.

Thanks to a database run by administrative office of Yuanmingyuan Ruins Park to trace the lost artifacts,the two stone pieces were spotted in the courtyard in Beijing's hutong area. 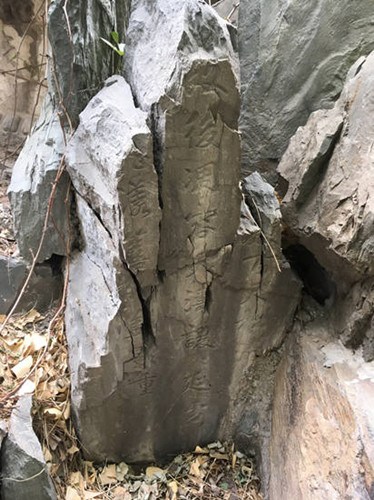 According to the administration,more than 40 artifacts from Old Summer Palace were donated back in the past few years.

And an area of the park will be used to display these returned pieces. It is planned to open for the public in June.