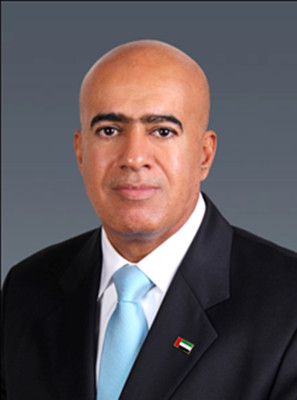 "China contributes more than 30 percent of the world's economic growth, and it is amazing to see China continue to be so open and allow other countries to be a part of its development. President Xi being elected for another term is also a positive sign of China's continued prosperity going into a new era that will be great for the world both in terms of stability and economic development." 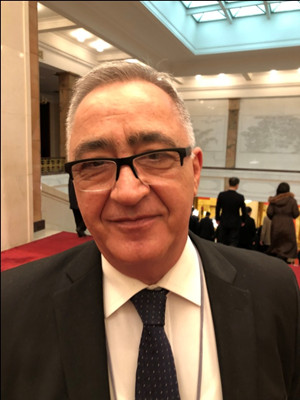 "All the decisions made during the two sessions are logical within China's framework of reform and development. They show a real view into the future. With Xi's continued leadership, China will guarantee stability and development of the country." 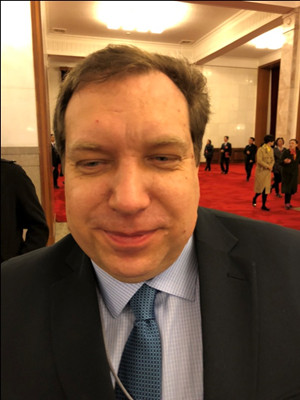 Vsevolod Sobko, the political counselor at the Embassy of Ukraine. (Photo provided to chinadaily.com.cn)

"President Xi gave a very inspiring and sincere speech today, and it is clear that China under his leadership will definitely have further success. We respect the will and the great decision of the Chinese people for electing Xi for another term."

After we return to our city, we'll make the best efforts to accomplish all the tasks laid down by the session and devote ourselves to the eventual realization of the great rejuvenation of China by focusing on elevating government work efficiency and shifting government functions."

"President Xi Jinping's talk about Taiwan gained the most long-lasting applause from the legislators during his speech. The words President Xi used in this part are particularly strong and serious, and he stressed that any behavior intending to divide the country is doomed to fail.

I believed Hong Kong citizens should learn more about the country's laws as well to better participate in the steps to realizing the great rejuvenation of the Chinese nation."

---Wong Yuk-Shan, an NPC deputy and president of the Open University of Hong Kong