The Emperor Qianlong, who ruled over China from 1735 to 1796, is said to have been obsessed by Stinky Mandarin Fish ¨C indeed the food was jokingly known as Anhui's route into the palace.

In contemporary Anhui, an ancestor to the cook who prepared the emperor's Stinky Mandarin Fish is keeping the tradition alive. At Chef Zhong's restaurant in Huangshan, stinky tofu and black mushrooms are also on the menu ¨C but smelly fish is the star attraction.

CGTN Digital filmed the recipe step-by-step, as the heir to the intangible cultural heritage packed the fresh fish with salt in a barrel before frying and stewing the eight-day preserved meat to create a distinctive culinary delight.

Anhui's signature dishes are a calling card, unique flavors that draw visitors from across China and beyond to experience the province's traditions, natural beauty, and cultural marvels. 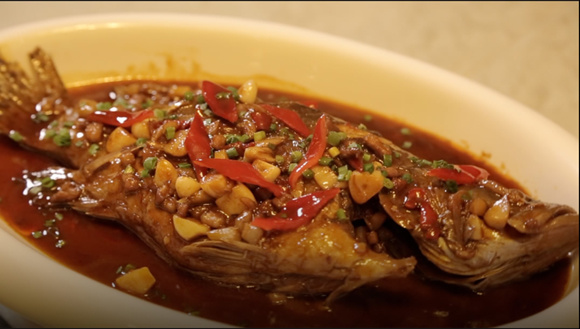