All is not lost for survivors of the disastrous Jiuzhaigou quake

The earthquake that rattled Jiuzhaigou county in southwestern China's Sichuan Province earlier this week has killed 20 people and left over 400 others injured. For the survivors, the cracks the temblor caused in their lives will need a long time to be closed, and their wounds won't heal anytime soon. Yet, determination to move on keep them going.

Zhanghza village is home to ethnic Tibetans; it was also the epicenter of Tuesday's magnitude-7.0 quake.

Collapsed walls, a house in ruins and massive financial losses is all Nawang Dengzhu and his family were left with after disaster struck. 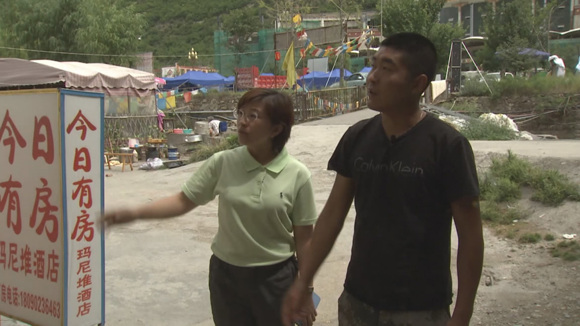 Dengzhu said his house had witnessed so many good memories. He was born and raised there.

But now looking at the rubbles pains him.

"The night of quake, I ran for 30 minutes to my grandma's house at the top of the mountain. When we met, we all hugged and cried," the man recalled.

Dengzhu returned home after graduating from college in a nearby city. He achieved success after investing in a noodle shop and a hotpot restaurant a couple years ago.

Now he has to start all over again.

"I opened the restaurant two years ago. I was just getting started, everything went well. I had many customers who like what I was serving," he noted, pointing at wall paintings he drew himself. 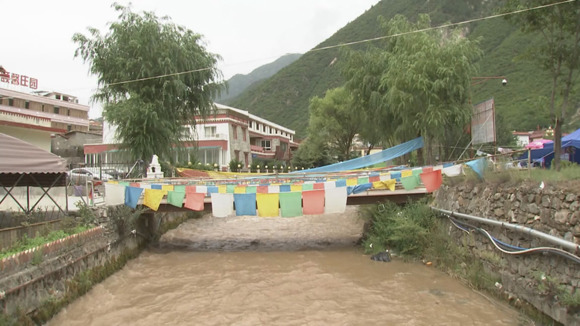 Villagers have been displaced, sleeping in shelters. But material losses are their least concern.

Dengzhu said no one is worried about the properties and sums of money left behind. Everyone is concerned about their loved ones.

"The electricity remains cut off. I have to quickly cook all the food, and supply the people who need help. I haven't thought about what to do in the future. Everything is still like a dream." 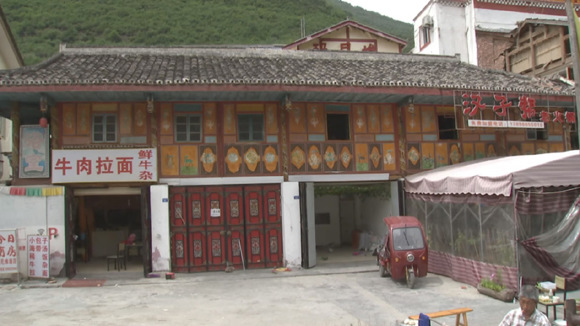 The quake will certainly be etched in Dengzhu's memory for a long time. But the young man is holding strong, saying he must search for hope and be brave.

"I have never encountered such an overwhelming disaster in my business. I feel the need to use the pain in my heart. It's also a challenge to me, how to live a better life after the disaster, this is what I should consider now. I will face this disaster with a positive attitude, and I believe that Jiuzhaigou will be better and better in the next two years."

Despite losing everything, hope and faith are what remain for Dengzhu's family and other villagers ¨C a hope of better life ahead and a strong faith to make it through the disaster.