People are paying more attention to their health in China, with National Fitness Day once again set to have people dusting off their pedometers.

Launched in 2009, National Fitness Day is held every year on August 8, the same day as the opening ceremony of the 2008 Beijing Olympics.

Aimed at inspiring physical exercises, the day has significant official backing. The State Council announced plans to expand investment in sports to 1.5 trillion yuan before the end of 2020 in the National Fitness Program (2016-2020).

The promotion helps to explain why the traditional Chinese greeting "have you eaten?" has been joined by "How many steps have you walked today?"

Let's take a look at the most notable trends as Chinese people are taking to marathon courses and ski slopes like never before. 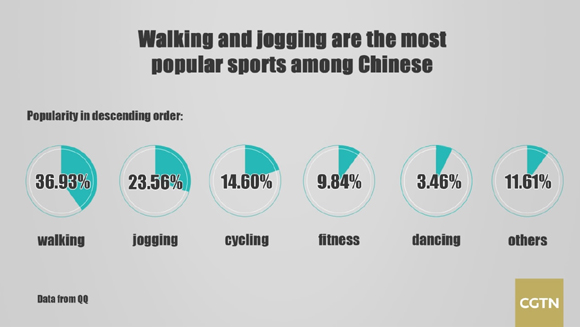 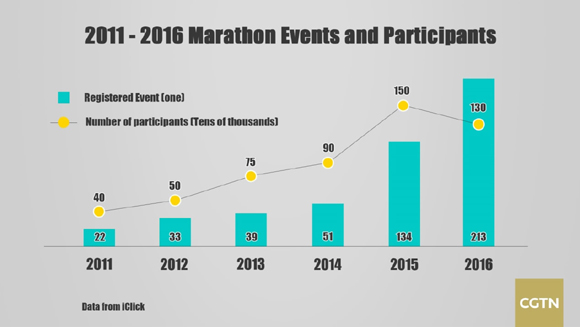 On average, Chinese people walk 5,112 steps per day. Among all activities, walking and jogging are the most popular sports among Chinese, accounting for 36.93% and 23.56% respectively, according to data from QQ sport. 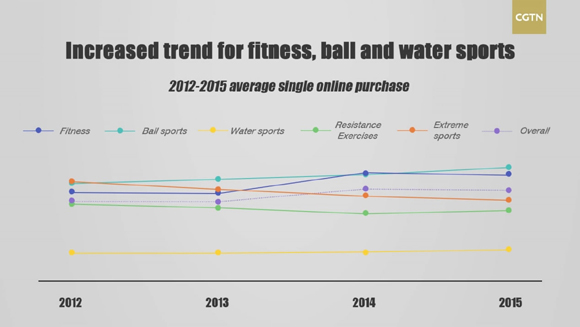 A report released by iClick showed that the number of marathons staged in China ¨C and that of the participants -- has increased dramatically since 2011. The real explosion in events happened in 2015, when the Chinese track and field association canceled the approval process for marathon races. In 2015, China had 134 registered races, far more than 51 the previous year.

In addition to running, swimming, badminton and other activities, young people have more choices for sports. Tennis, yoga, rock climbing, skiingˇ­ these are expensive sports to get into, but they are seeing more interest from young people, as China gains wealth. 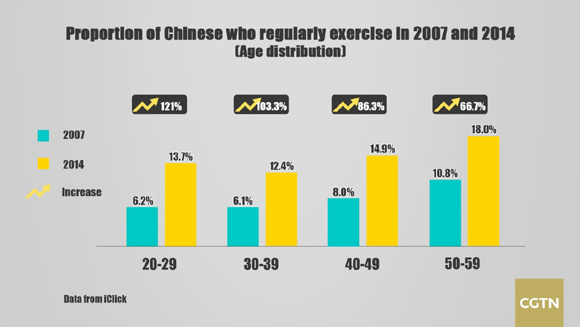 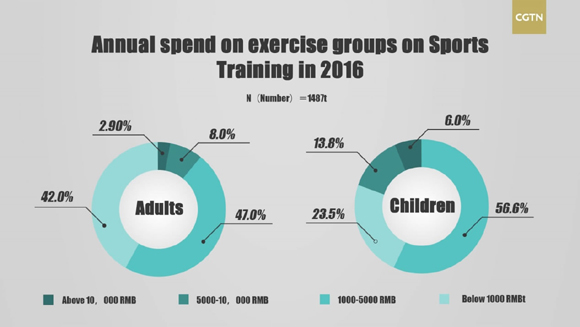 With the popularity of online fitness apps, it has become easier to gauge what people are aiming to achieve with their exercise regimes. Women put more focus on slimming and body toning, concerned about their legs, abs and bums. Men, on the other hand, pay more attention to building muscles, especially parts like chests and abs. 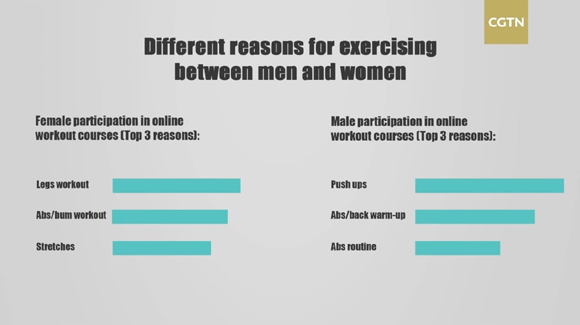