Heading all the way to the south from Changsha, the capital city of Hunan province, and after nearly three hours driving, you will find yourself lost in the vast countryside, the narrow lanes, farmlands and houses, which all look identical.

Only the locals can help you find the destination: a small, unknown village called Baiyun, literally translated as white cloud.

As the first Ivy League village official in China, the 32-year-old has recently received the annual Touching China award by China Central Television, which recognizes the country's most inspiring role models, in early February.

Graduating from Yale University in 2011, with major in political science and economics, unlike most overseas Chinese students who take up highly paid jobs in New York or Beijing, Qin has been making less than 2,000 yuan a month as a village chief in a remote Chinese rural township for the past six years.

"Lots of people question my decision. Why a Yale graduate came to work in a remote impoverished village? Is he crazy?" says Qin, in a four-floor building, where the village officials have meetings, work and where Qin lives.

"Why not? The food is healthy and safe, the view outside my window is beautiful, and I don't have to pay rent," he jokes. 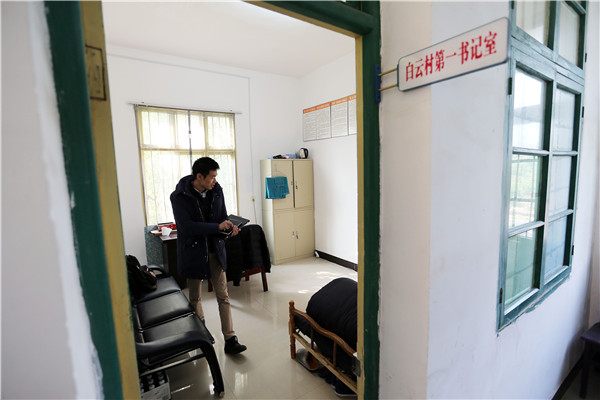 Qin Yuefei at his office. (Photo by Wang Zhuangfei/China Daily)

Qin was born in Chongqin, southwest China's Sichuan province, to blue-collar parents. His mother, who was good at playing violin and gymnastics, sent Qin to study English when he was two. To give her son better education, she took Qin to study in primary schools in Beijing and Shanghai. With the help of relatives, she pulled through the financial problems.

In 2005, Qin graduated from Chongqing Nankai Middle School, passed the SAT with high scores and got full marks on his TOEFL exam, which enabled him to receive a full scholarship offer from Yale University.

It was the ambition to make a difference for the rural township in China that excited him, the thrill of doing something valuable taking him to the rural China.

"What I learned from Yale is how to find out problems and how to use scientific method to solve problems. Rural China interests me. There are many parents, just like my parents, hoping to offer their children better lives and education. I want to help," says Qin, adding that his parents have always supported of his choice. 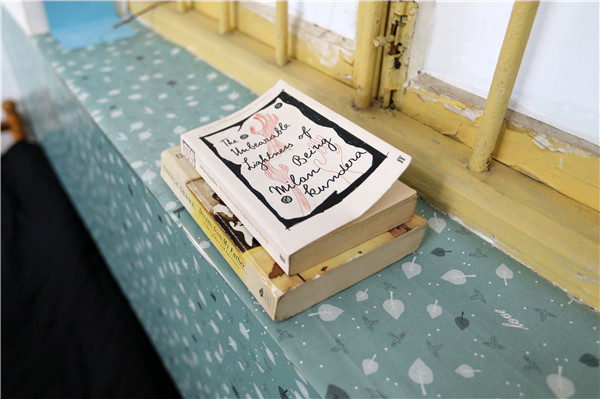 He was also inspired by Teach For America, a nonprofit organization founded by Wendy Kopp based on her 1989 Princeton University undergraduate thesis to recruit America's top college graduates to teach in some of the poorest areas of America.

"Sixty percent of the graduates from Yale and Harvard in 2011 applied for the program. Only the best among them can get the job. The number really shocked me. It made me think," he says.

In 2005, the Chinese government started encouraging university graduates to work in China's villages to improve and strengthen rural administration, as well as to create more jobs for graduates. The government offers preferential policy toward graduates who work as village officials, such as getting extra bonus scores in post-graduate exam or civil service exam.

It's good news for Chinese college graduates, who face severe competition for jobs. Qin is among more than 220,000 university graduates who are serving as village chiefs around the country's over 500,000 administrative villages by 2015, according to People's Daily.

It also stirs questions since the generation, born in 1980s, is the first to be born under the China's one-child policy. Without siblings, they grew up being pampered and shoulder great expectations from their families. Their upbringing are heavily influenced by the economic reforms, indulged in mass consumerism and embraced Western pop culture.