Chinese ceramics hammered off for high price at Christie's auction

A 15th-century qinghua (blue-and-white) stem bowl that Chinese emperors used during sacrificial rituals was hammered off at HK$60 million ($7.7 million) at Christie's auction on Wednesday.

The bowl from the Ming Dynasty (1368-1644) was painted with two five-crawl dragons, the symbol of imperial power, on its exterior. Its interior features a six-character mark in the center, encircled by double rings -- "produced during the period of Xuande (1426-35)", the reign title of Emperor Zhu Zhanji. 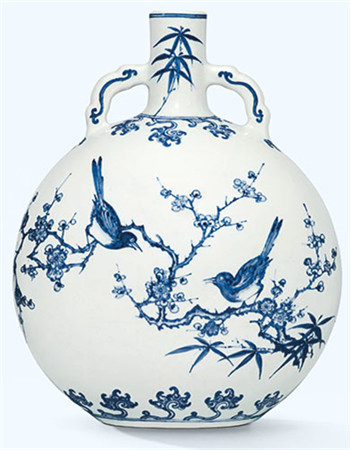 In the same sale, a blue-and-white moon-shaped flask, once in the hand appreciation of Qing Emperor Yongzheng, was sold for HK$39.5 million, and a ruby-red grounded falangcai (enameled) cup produced in the same period fetched HK$35 million. 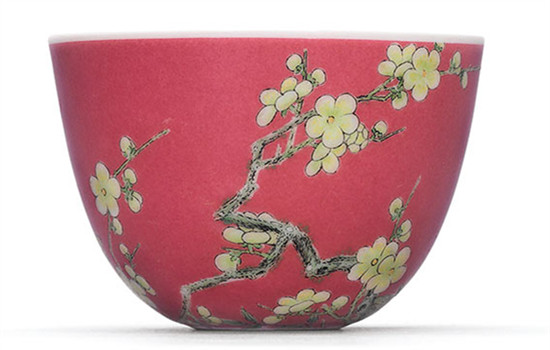