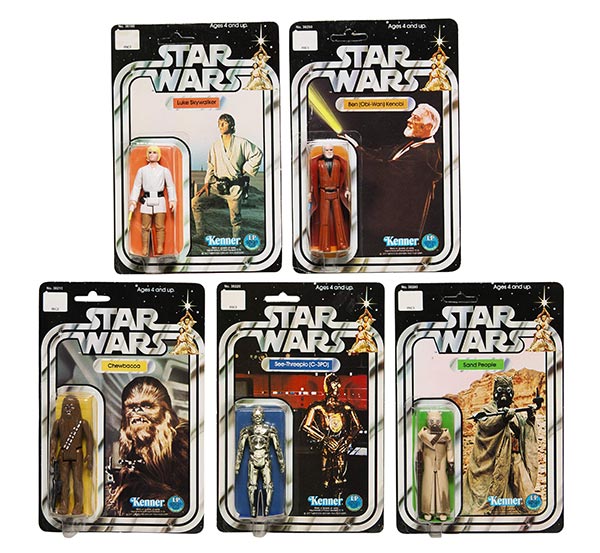 Five Star Wars 12B Back Action Figures, circa 1978. (Photo provided to China Daily)

Fans of Star Wars films who are awaiting the release of Star Wars: The Force Awakens next month can bid for collectibles in an online auction.

The items come from the collection of Nigo, 44, a Japanese fashion designer, record producer and entrepreneur who said he has always been inspired by Star Wars movies.

The auction will be staged on sothebys.com/starwarsauction and eBay.com/sothebys, at 10 am and 1pm EST, on Dec 11.